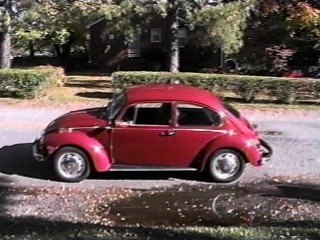 I completed driver’s education and got my license in the summer of 1997. My parents had told me that if I wanted to actually use that license I would need to pay for the car, insurance, and other expenses myself. I went to work that summer for Ukrop’s Supermarkets and spent several months trying to find a car. After much searching (and hearing my dad tell stories about the ones he had when he was younger) I finally decided I wanted a Beetle and after more searching we came across what would become VDUBBIN and later Y73 BUG being sold by a retired man that spent his time restoring and refurbishing old Beetles. Dad and I went to check it out one weekend and a few days and $2700 later I was the proud owner of a 1973 Super Beetle. I didn’t realize it at the time but this was the beginning of a lifelong love of Volkswagens. 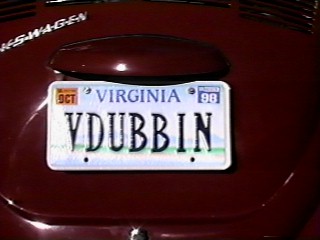 The Beetle was my daily driver until December 1998 when I bought the first GTI after deciding that I wanted a car with a little more power and amenities like heat. I kept the Bug though and drove it here and there. It was especially helpful when the GTI was in the shop and I needed something else to drive. It also helped to keep my insurance rates down as primary driver that’s a 17 year old male + fast car = sky high insurance. By the summer of 2002 I had also acquired Jetta and the Bug was suffering from various problems that being a full time college student I could not afford to fix. I made the very difficult decision to sell it and in June of that year for $750 we parted company after meeting a seller at the now defunct Ashland VW Show. The one stipulation I made when I sold it was that the buyer needed to be someone that wanted to fix it up instead of parting it out. The buyer’s intention was to fix it up for his mother and while sad I knew it was going to a good home. At that point I never thought I would see her again. 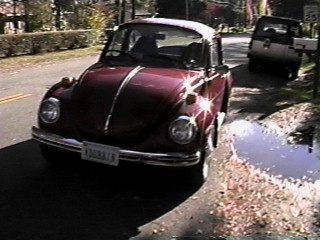 Fast forward two years to June 2004. I was on the hunt for aircooled Volkswagen again having regretted for the last two years that I had sold my Bug. I found a ’65 Beetle in Newport News and on a Friday evening I drove down and picked it up for $1000. The very next day however I was at a show in Hopewell, Virginia when I ran into the guy I had sold the Bug to two years prior. I asked him about it and he told how he had put lot of work to it only to have his mother lose interest in having a Bug so he was looking to sell it. After the show was over I followed him back to his house and took a look. “How much you want for it?” I inquired. When he replied with, “a thousand bucks,” I quickly said, “I’ll take it. I’ll need to sell the other Bug first but do not sell this car to anyone else.” Within two days the ’65 was gone and a few days after that I was driving the Beetle home in driving rain with no windshield wipers, windshield fogging up, and barely working head and taillights. It was one of the stupider things I’ve ever done but I had my Bug back and vowed to never let her go again.

Photos on this page taken by a friend in October 1997 about a month after I originally bought the Bug.