A few weeks ago I came across this decal on a site called The Decal Guru and had to get it for my Mac. 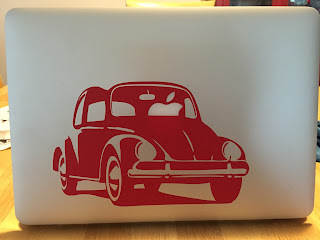 Nice addition for about $15/shipped. 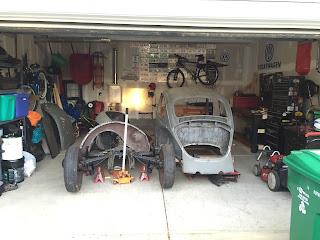 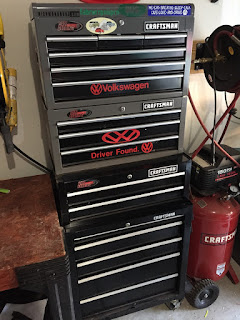 Over the years I've accumulated a pretty large collection of tools. So much so that my existing tool box above just isn't enough space any more for everything. I've ended up buying new drill bits and such simply because I overlooked them in the overflowing drawers of that box and have searched for a while for another solution. I'd love to get a wider tool box but I also like the compactness of my existing set up even if it does require a step stool for me to better see in top. (And I'm 5'11". It's tall.)

I love Harbor Freight. They definitely sell some crap but I've used them for years for getting various odds and ends for far cheaper than the big box stores. It's one of those places I can go into and spend quite a while just wandering up and down the aisles finding stuff I didn't even know I needed. It's kind of like following my wife around in Target.

A few weeks back I got a flyer in the mail that had coupon for a four drawer tool cart for $99. After reading the reviews and taking a look at it in-store I picked one up this weekend. I ended up moving all of my power and air tools into it along with the assorted bits that go with them. 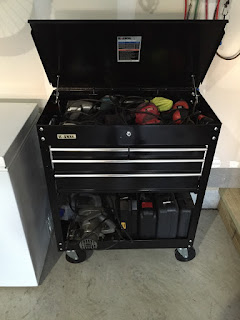 The one complaint I have at the moment is one of the drawers doesn't open very well and overall they're not as smooth as my Craftsman boxes. I sprayed some white lithium grease into the tracks this morning but it didn't work like I expected so I'm going to need to fiddle with it a little more. But for the price I can't complain. It's freed up a lot of space in my main box and made it easier to find everything between the two.
Posted by Jeff at 6:51 PM No comments: